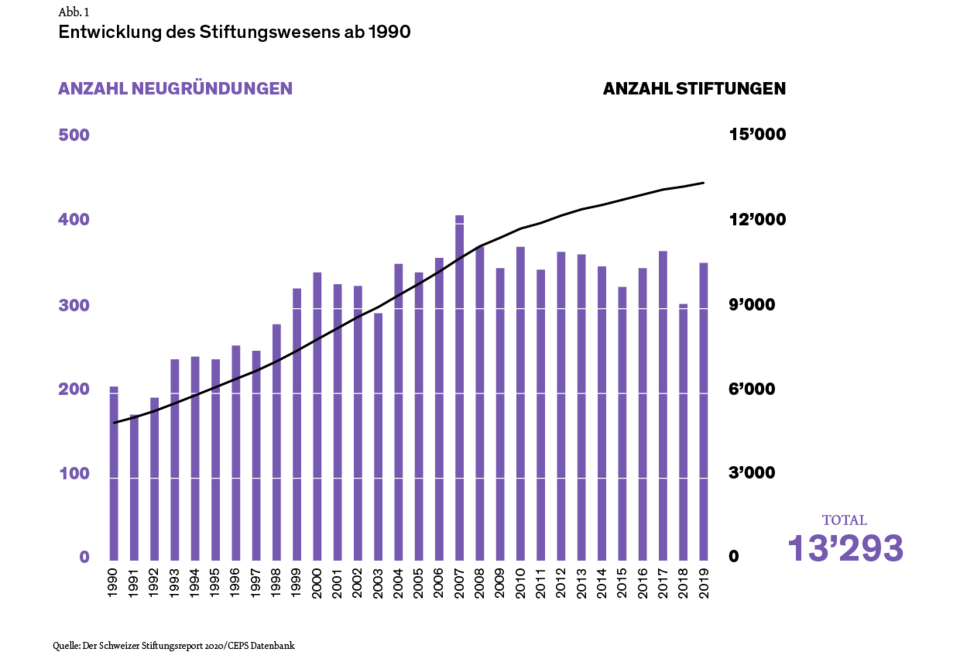 On 30.01.2020, the CEPS presented the latest figures on the development of the Swiss foundation sector at the «Zürcher Stiftungsrechtstag». While the foundation sector in Switzerland continues to grow, clear regional differences appear.

The Canton of Basel still has the highest density of charitable foundations (45 per 10’000 inhabitants). By contrast, the strongest growth is happening in French-speaking Switzerland, where 65 new foundations were established in 2019 in Geneva alone. A significant growth can also be observed in the Canton of Berne, whereas the Canton of Zurich has experienced a negative growth.

The highest number of liquidations ever recorded in a single year suggests that many foundations, especially older ones, are struggling with low interest rates and changes in the area of funding. Nevertheless, the establishment of a charitable foundation still seems attractive. In particular, it can be noted that the proportion of grant-making foundations is increasing once again. In addition, a strong focus on environmental topics can be detected among the newly established foundations.

The Swiss Foundations Report 2020 is published by CEPS together with SwissFoundations and the «Zentrum für Stiftungsrecht» of the University of Zurich and will appear on 28 April 2020. In addition to current developments in the Swiss foundation sector, the forthcoming report will focus on the following topics: foundations and politics, international boards of trustees and developments in legislation and jurisdiction.